You are here: Home / Dialysis Diet / Can you have Coffee on a Renal Diet? 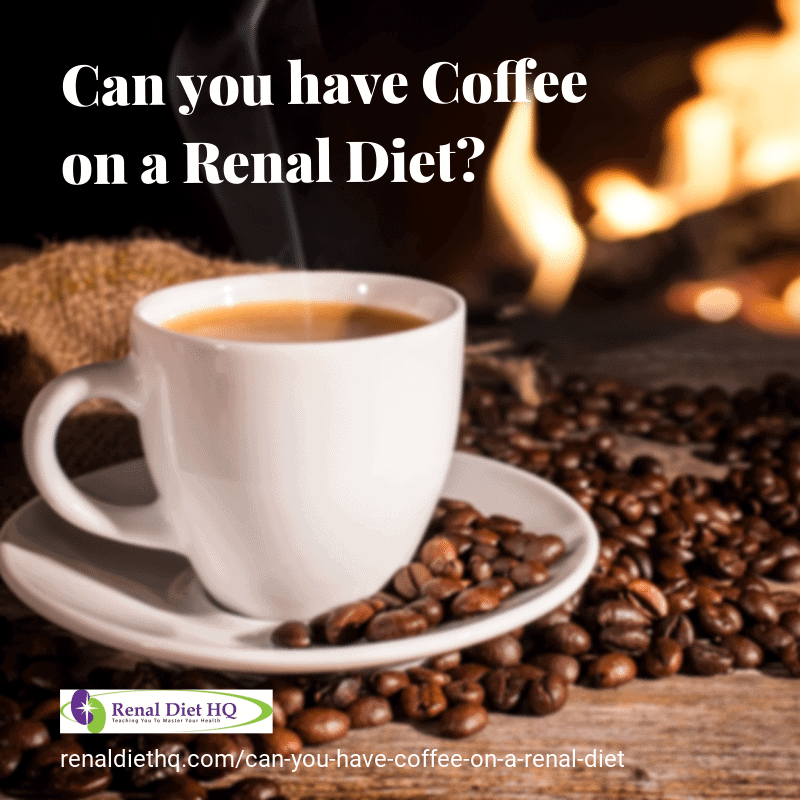 Coffee is a delightful morning beverage that is enjoyed by many Americans. According to Huffington Post, the U.S. drinks 400 million cups of coffee per day, making our country the world leader in coffee consumption. That statistic might explain the number of coffee shops in America. Many people see coffee shops as profitable investments due to how much coffee is consumed in this country. For those planning on establishing their own coffee store, it could also be worthwhile to look into Revel Systems too. They offer a cloud-based POS system that helps coffee shops to stay on top of inventory management and create a loyalty program that keeps customers returning. Customers love coffee, so they should be back.

If you have been diagnosed with chronic kidney disease, you may be wondering if you can still have your daily cup (or two) of Joe. There are some precautions to consider when continuing to drink coffee, but overall, most CKD patients can keep up their morning routine of sipping some mushroom coffee from a cute mug. Coffee is not harmful to anyone in small quantities.

Coffee has long been consumed as a stimulant, with some stories of its origin dating back to 9th century Ethiopia. Over the last several years, there have been more studies done to determine the nutritional benefits of the coffee bean.

Coffee contains powerful antioxidants, which helps to reduce the risk of certain cancers as well as Alzheimer's disease. Studies also show that coffee can help lower the risk of Type 2 Diabetes.

An 8-ounce cup of black coffee contains only two calories and zero fat. Therefore, even if you are trying to lose weight you can enjoy a cup of two of coffee each day. You'll want to be aware of the nutritional content of the additives you use such as milk and cream, but don't worry, you can look up How the perfect cup of coffee is made depending on your nutritional needs.

Coffee and your Renal Diet

Most doctors and studies have concluded that coffee is not a harmful beverage for those with chronic kidney disease. If you are only drinking a single cup a day, you probably won't notice any ill effects of continuing the habit.

Drinking multiple cups of coffee per day may be harmful for some CKD patients that are following low-potassium diets. One cup of coffee contains 116 mg of potassium, so you will want to adjust your intake so you can enjoy your coffee without overdoing it.

It has been said that coffee can to elevate your blood pressure for a short period of time. If you suffer from hypertension along with CKD, you will want to limit your coffee consumption to 1-2 cups per day.

Also, you must remember that coffee counts as a fluid. If you have to monitor your fluid intake, you'll want to adjust the amount of coffee you drink a day so you aren't giving your kidneys too much work. Overall, however, coffee itself has not been found to accelerate kidney function decline in those with kidney disease.

Coffee Can Prolong your Life?

In an article published by Medical News Today in late 2017, researchers suggest that CKD patients can help prolong their lifespan simply by drinking coffee.

The study separated 2,328 patients who had CKD into four different groups, each having a specific coffee consumption guideline. At the end:

Though this study was simply observational and cannot prove the cause and effect of drinking coffee, the researchers do believe consuming a cup or two of coffee each day does pose significant health benefits for those with chronic kidney disease!