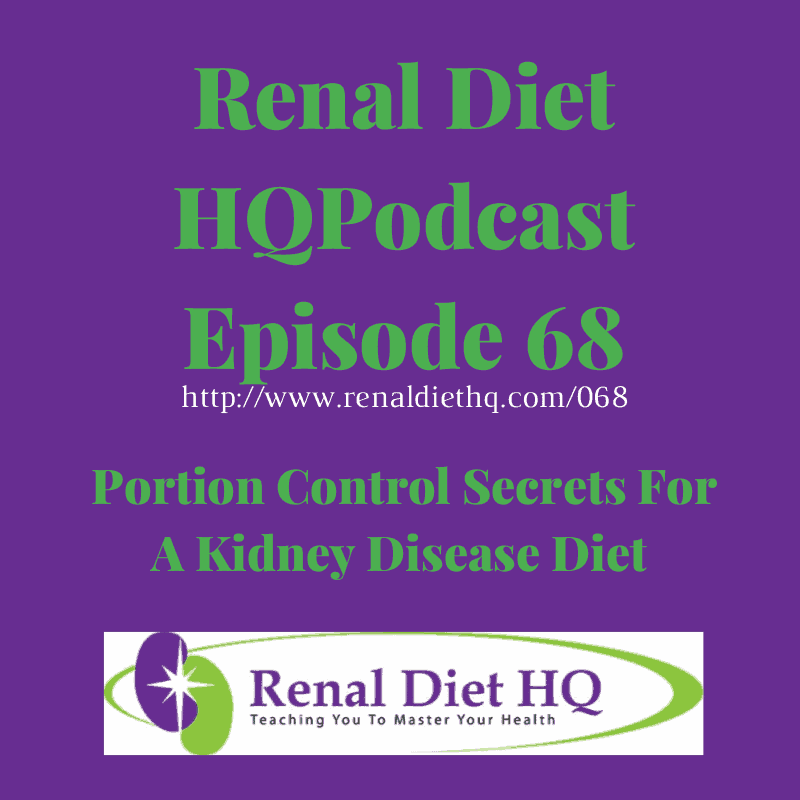 Eating on any type of diet is hard. It's easier if you control your portions. Learn my secrets for how to make a portion control system easier to do.

What I mean by portion control? A portion is the amount that you're eating. A lot of times we might think about how much should we put into that container and how much all together to make the recipe. Then, we are thinking how much is it going to produce.

So, a lot of times, people think of portions as like an amount of a cup or getting out cups or whatever and measuring cereal or an inconvenient way.

I do think that you have to measure. I think especially in the beginning, it is really important to know how much something actually is. A cup of cereal is a lot smaller than the bowl that you usually put them in and a lot of times, we just fill up that bowl thinking it's an amount but when you turn it around and look at that amount on the back of the nutrition label, you realize that you have two portions or you drink a bottle of soda and you realize that it was two and a half portions. Even though it said 100 calories, you actually drank 250 calories.

Portions are extremely important. Portion amounts typical with vegetables or fruits are like a half a cup or whole fruit maybe a cup or a lot of times, portions will be labeled as medium or small and then it will give you a gram weight or a pound weight, weight in ounces type thing. Your hands are not good scales.

I am going to show you the tools that I use that are very helpful for you and make your life a lot easier. I recommend you do portions especially in the beginning you start measuring your food to see how much you're actually eating and then track it with an app like My Fitness Pal which is free. Track it with that app and know how much you're actually getting and that's the way you make the changes.

You can use measuring bowls to measure your portions. Like a 2 cup bowl, you can put one cup of cereal and you add milk in same line in the bowl so you will be able to know your portion. Anything that you can do to make it a little easier to control and know what you are eating is going to be helpful.

Another tool that you can use is like the inexpensive scale that I purchased in Amazon. One of the things that you can do is to weigh your food. A lot of times, you don't necessarily know how much and it'll tell you grams or ounces or whatever and this one shows you in pounds and ounces and it also does grams and then fluid ounces, milliliters and then back to pounds and ounces so it works for everything.

What I like about this is that it has a zero so you may not know what that is for but what you do is when you turn it on, it's zeroed and then if you put like if I were to put a cup on there, it gives me a weight but I have to remember to subtract that weight from the total weight of whatever I put in there and what I can do is obviously I'd have this sitting on a surface that's not my hand. After I put it on there, I just put the zero so it doesn't count the weight of the bowl and then if I took that off, it would show me that it was doing this negative amount and then I can add whatever I need to and do an amount like if it says I need 30 grams of something then I pour my stuff in there until it's 30 grams and that way I can measure easily the amount of something without having to remember to take out the weight of the item that I'm measuring.

Another perfect example is when you are managing your amount of protein mainly. On this scale, you can easily make it work for ounces and then put your piece of meat on there and check how many ounces and you can cut it into the portion that you need to eat.

There is more value because acting is the most important thing but knowing how many ounces that piece of meat that you have is and eating that amount and being consistent and managing your portions that is gonna be far and beyond the thing that we're going to ask you to do over and over again as dietitians and as managing your health, you're going to be healthier because you know what you are putting into your body and you know how much you can have for the rest of the day.