You are here: Home / Renal Diet Headquarters Blog / Did You Know That 30% Of People With Diabetes Will Develop Kidney Disease? 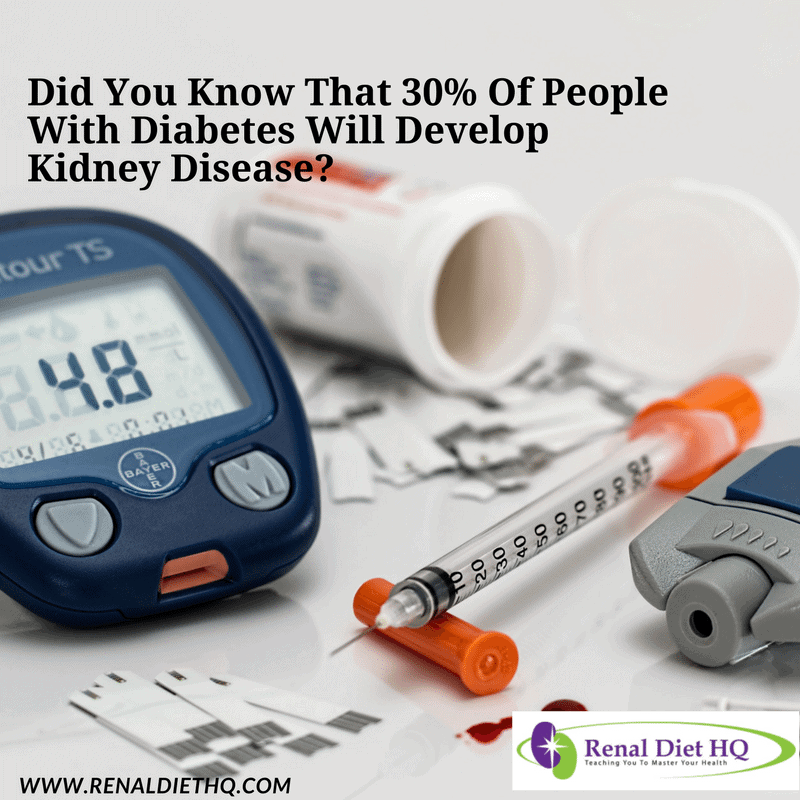 The other day, November 14th, was World Diabetes Day, and I saw a really neat infographic from the IDF – Diabetes Prevalence In The World

“Diabetes is running at record levels worldwide and half the people estimated to have the disease are, as yet, undiagnosed, according to a report on Wednesday.

The number of people living with diabetes is now put at 371 million, up from 366 million a year ago, with numbers expected to reach 552 million by 2030, the International Diabetes Federation (IDF) said…  Read more“

I write this to say that I am amazed at how many people have diabetes – as well as – I know from research that 30% or more of them will develop kidney disease.  This is a public epidemic, and we should all be standing up and saying – when will it stop?

The number of people who are diagnosed with diabetes is increasing every year in every country.  And in the US, so many people don't even have good healthcare that allows them to see a Registered Dietitian to get help with planning their meals or improving their health.  Not to mention the fact that doctors just seem to ignore kidney disease until it gets too far along and patients are almost ready to have dialysis.  So much can be done before that happens – I talk about that in my book – Living With Chronic Kidney Disease – PreDialysis on Amazon.  You can slow down the damage that diabetes and heart disease do to your kidneys every day – but it involves talking to your doctor and taking the right steps to slow the progression.

When I was writing the book, I was amazed at how much people could do to slow down how fast their kidneys are damaged.  Most people ask, “how long before I get to dialysis?” when they should be asking – “what can I do to prevent my kidney disease from getting worse?” 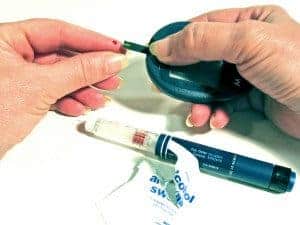 And, back to the diabetes statistics – half of the people who have diabetes don't even know it?  In the US, that number is smaller – because the awareness of it is greater – in the US only about 30% of them are unaware – so 1 in 3 people.  Doesn't sound like a good number either way…

Based on my amazement – I wrote another book to help people who have kidney disease to develop their own meal plans, called Create Your Own Kidney Diet Plan – Build A Meal Pattern For Stage 3 or 4 Kidney Disease, and I have seen the difference it makes in people's lives because people write to me every day about it.

But today, I think it's important for us to stop and say – what can I do to slow down the progression of kidney disease and keep it from defining me and controlling me?  You don't have to let kidney disease control you!

First of all – you are in charge of your diabetes or your kidney disease.  You have to decide what is more important – are you in stage 1 kidney disease (if your doctor even told you that! – most don't bother until it's stage 3), or are you almost in ESRD (end stage renal disease).

As someone who is in stage 1-3 of kidney disease, you should focus on controlling your diabetes!  Controlling your diabetes means – taking your medication, exercising, and following a meal plan.  That is your priority.  As part of a group of people in the US – 38 Million People – you have the ability to manage your diabetes.  And it's not a one time thing – it's going to need to be managed every day.  It can get better when you exercise or take your medication regularly, but it won't “go away” you have to keep trying.

If you are about to enter ESRD, you should look at using a renal diet meal plan made to be used by people with both kidney disease and diabetes – ours is one of a kind!  No other program works to blend the needs of a diabetic with the needs of a kidney patient to meet both the limitations on carbohydrate and the limitations on protein.  You will be amazed at how great it feels to have your meals done for you.

I don't want you to become a statistic.  You can stabilize your condition.  Did you read – at the bottom of the infographic – that half of the people who die from diabetes are under the age of 60?  The worst part of that is that it is totally preventable!  Don't let your fear stop you from making the changes that you need to make!  Start by talking to your doctor and getting your diabetes under control.  That will help the most and it's one of the easier things to do.  Yep, you might have to check your blood sugars more often, but doing that could add years to your life.  Don't let today's fears or “other things” get in the way of you living a healthy life past the age of 60 – so you can see your grandkids graduate.  They haven't found a cure for diabetes yet, but they do know how to manage it.

And as far as kidney failure is concerned, don't let your fear of the unknown bother you either.  If you are afraid of dialysis, let that be your motivation to move your body and do what you need to do to get your blood pressure under control and your eGFR under control.  Read books, start exercising, talk to your doctor and eat better.  Simple things, but they are definitely not EASY.  Remember – Rome was not built in a day – you will not have smooth sailing – but you will get there if you know where you are going and you have some help getting and staying on the right track.